Hungry space gophers are after the prized carrot. Defend the carrot by placing units on a coordinate grid. Game Over Gopher is Common Core-compliant and addresses topics such as plotting coordinate pairs, differentiating negative coordinates from positive coordinates, and identifying the four quadrants.

A finalist in the 2012 Serious Games Showcase & Challenge and gold winner in the 2013 International Serious Play Awards. 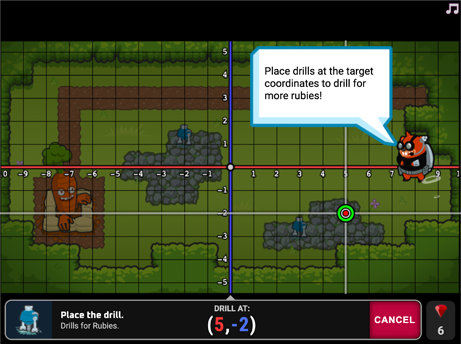 To establish a source of rubies (the game currency) players must correctly place ruby drills on the grid at the coordinates indicated. 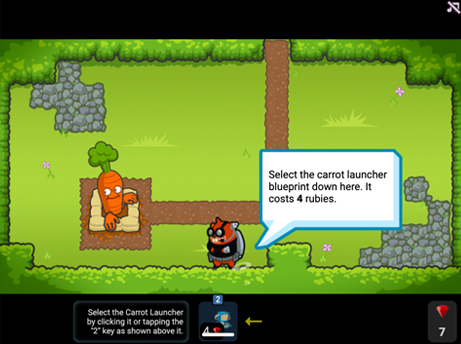 The Carrot Launcher is one of the first tools players can buy to feed the invading gophers. (Feeding them keeps them from eating the prize carrot). As the player drags the Carrot Launcher around the board to a strategic position, its x, y coordinates—for example (1,7) or (4, 3)—are dynamically shown on the screen. 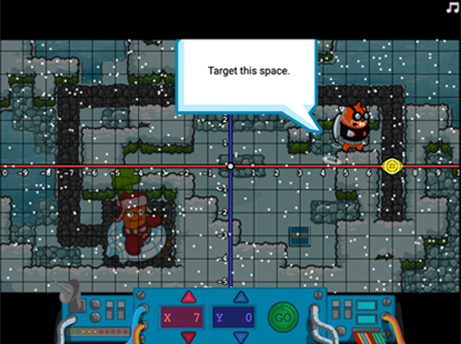 The Corn Silo is another gopher-feeding tool, introduced later in the game. When placing the Corn Silo, the player toggles x, y coordinates to aim it so it will fire corn at specific coordinates where gophers can be effectively fed. 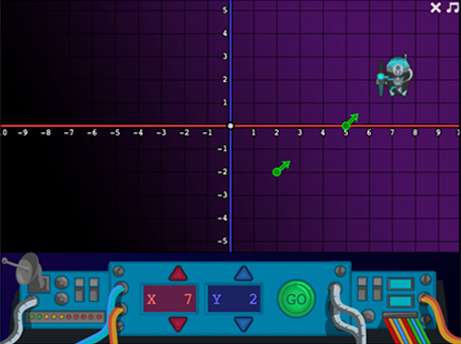 The bonus round reinforces the player’s grid navigation skills. In search of buried treasure (“the data), players instruct the robot where to travel by toggling x and y coordinates. Successfully locating the data requires multiple turns, and there’s a bit of guesswork involved, which lets students play with the concept of coordinate pairs without time stress.