Make sure not to divide up groups: monsters don't like that. Also, there's something odd about the neighborhood... Monster School Bus addresses Common Core standards related to numbers and operations as the process standard. 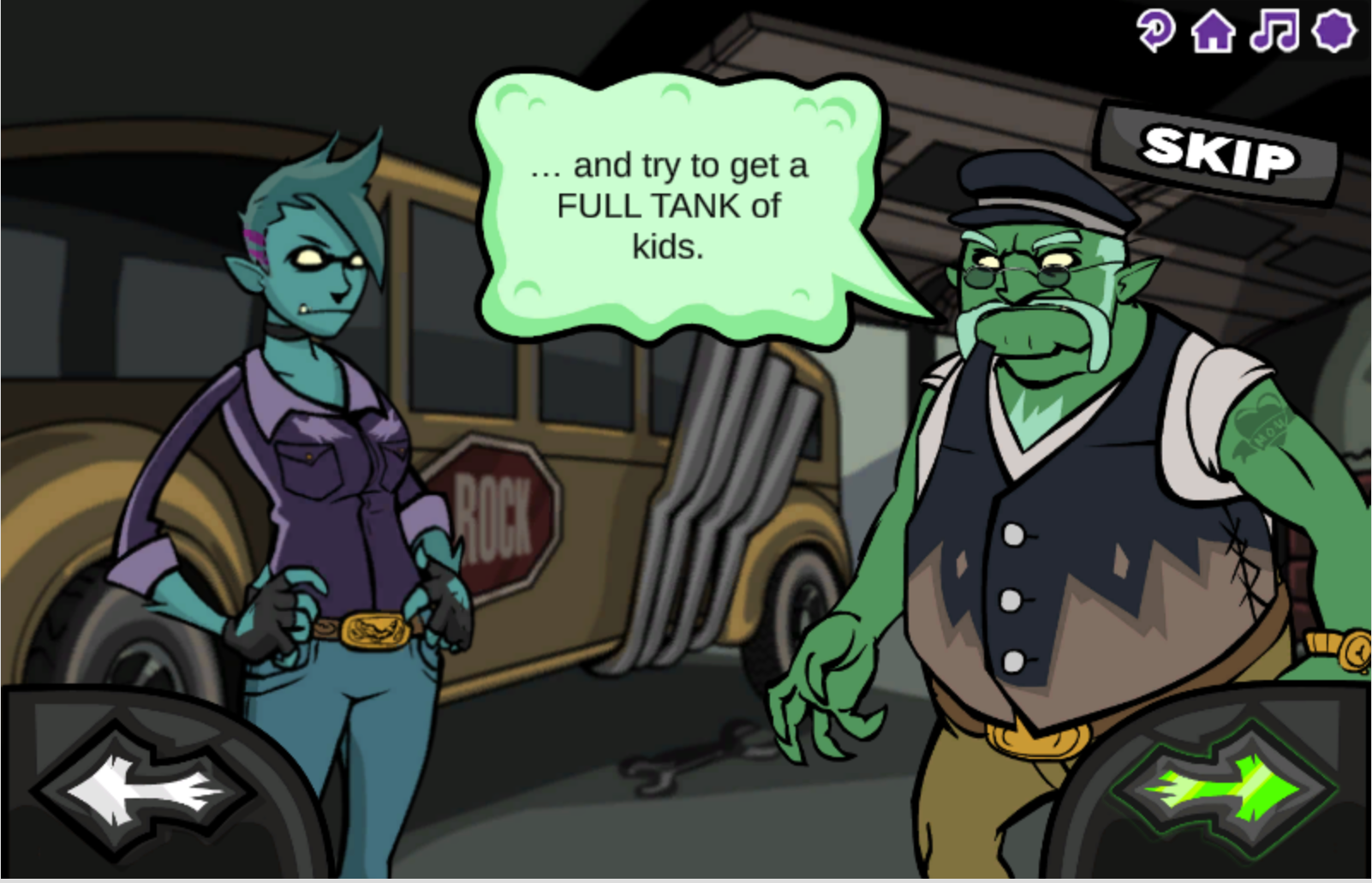 The goal of Monster School Bus is to fill up the bus with kids in each neighborhood and to deliver as many full busloads of students to the school as possible. 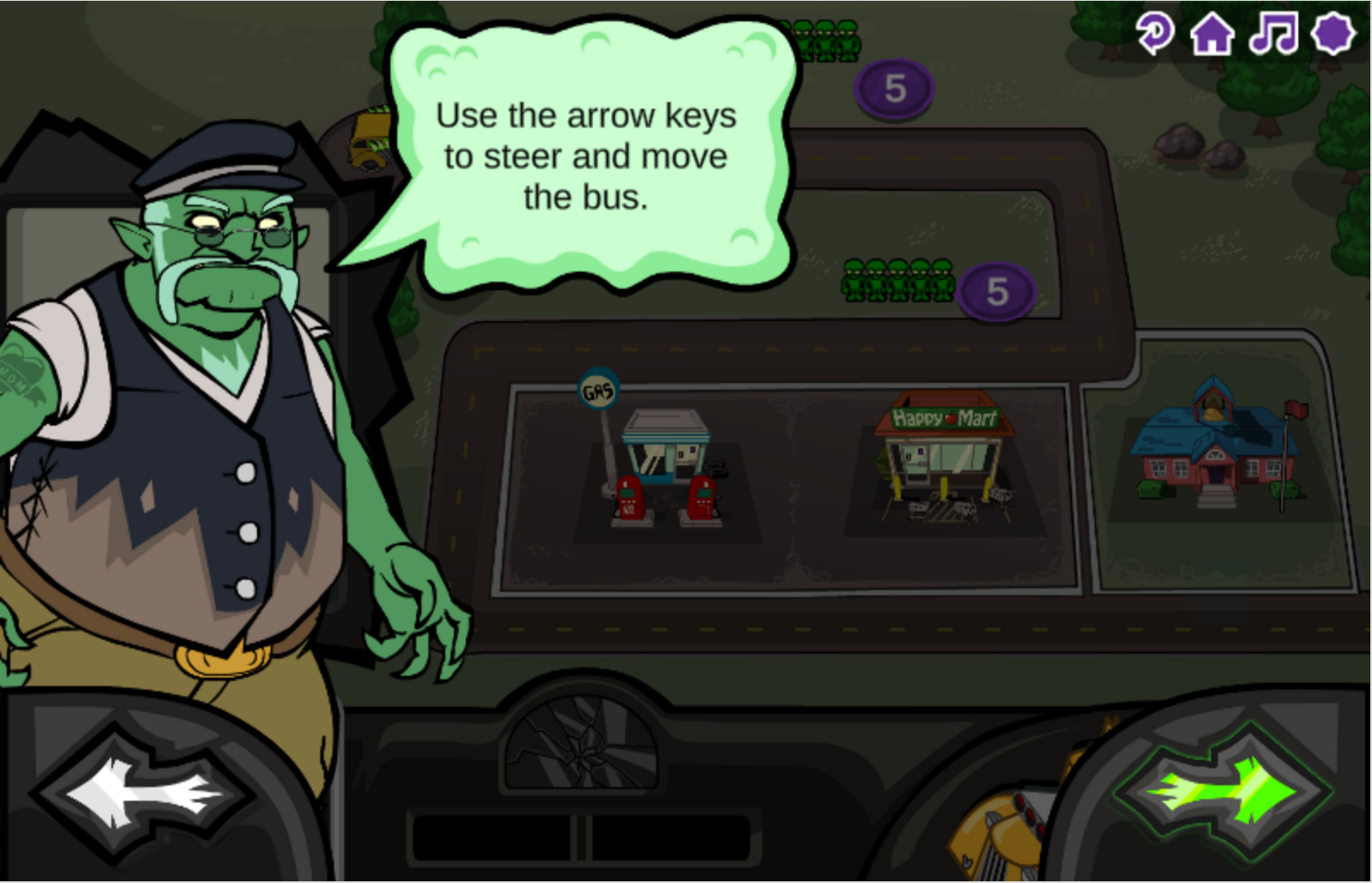 To drive the school bus, players use the arrow keys on the computer keyboard to move up and down, left and right. The player must decide the best route to take to pick up each load of kids. 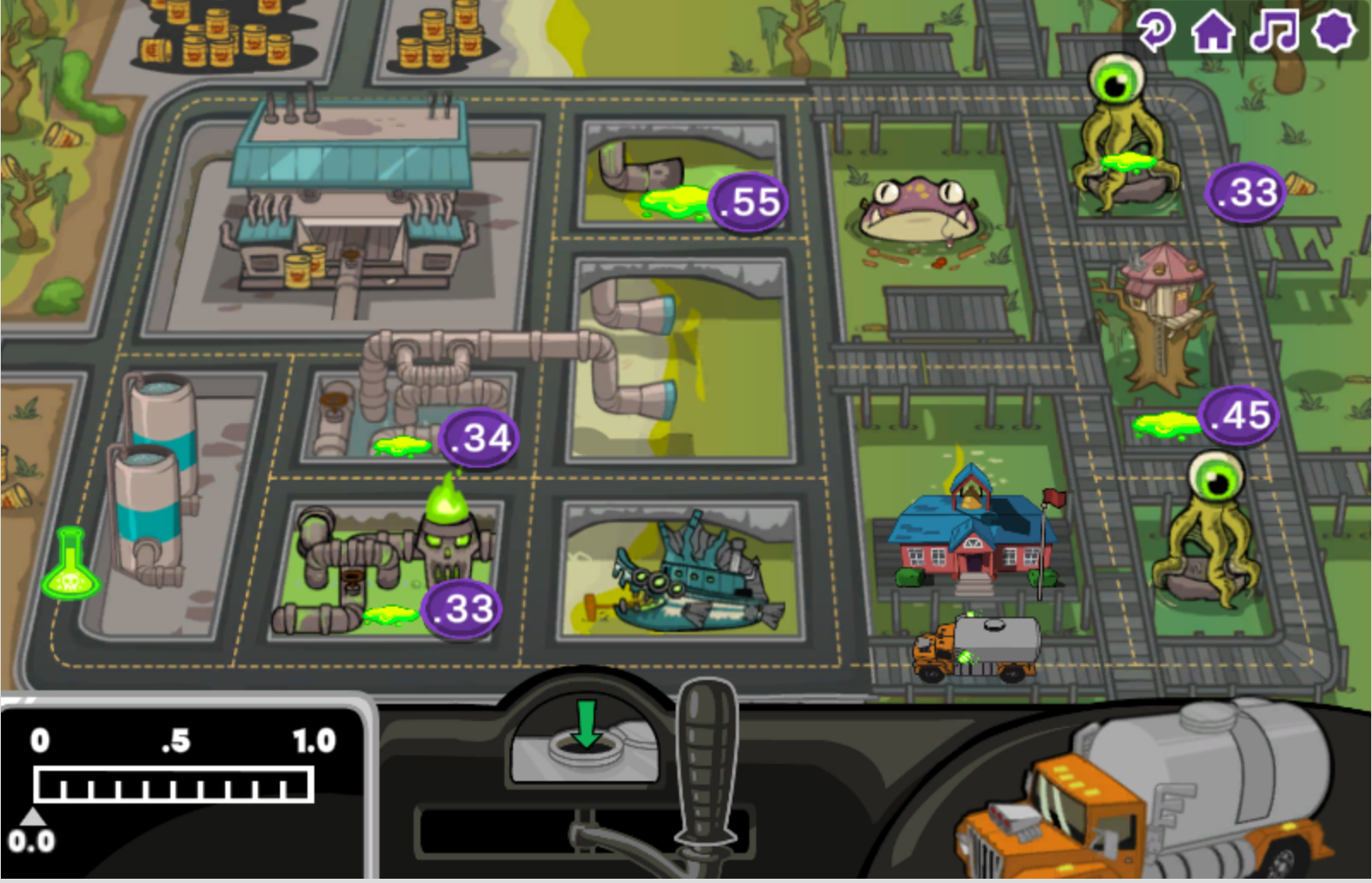 Players must drop off full busloads of kids to achieve a perfect score. The trick is that each neighborhood has differently sized kids. The neighborhood shown here is inhabited by “slime kids,” who come in all sizes (decimals). The graphic of the bus at the bottom of the screen dynamically shows how many seats are filled and whether there’s a full load. 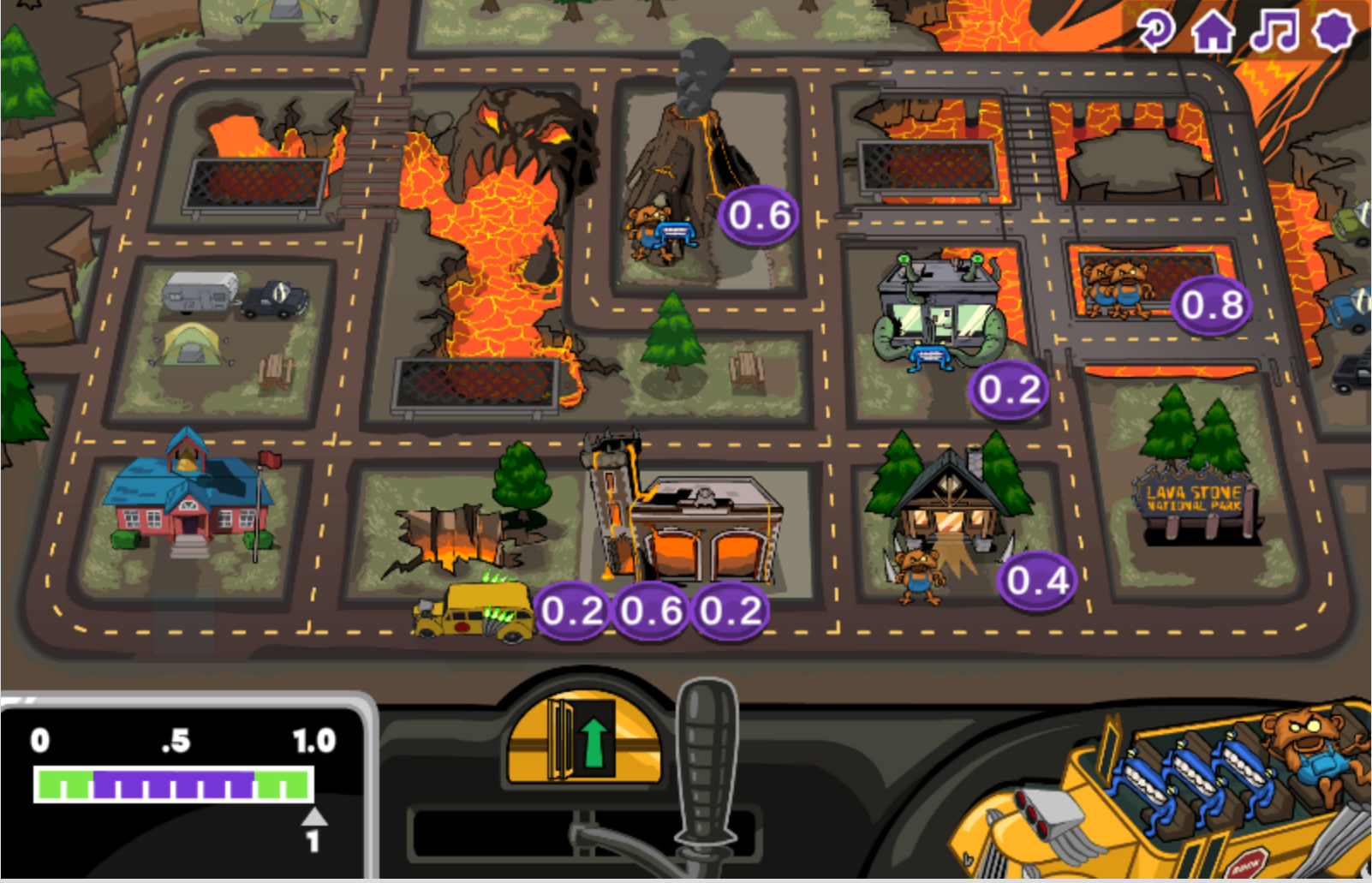 When players deliver a full load to school, flasks of green potion appear on the road. Smash as many green flasks as possible before they disappear! Each time the bus runs over a flask, a building in the neighborhood transforms into its “Rocked-Out” version.